When Has Hiding Out in a Cabin Ever Ended Well? (Lost Gully Road, 2017)

Ghosts can be “Nice Guys”  too 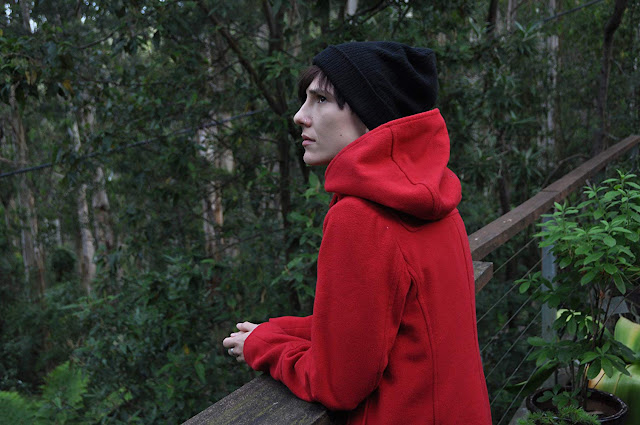 After screening throughout Australlia Lost Gully Road (2017, directed by donna McRae) is now available to rent or buy. The film is a supernatural thriller with a lot to say, without saying a lot.

Lucy sets up in an isolated cabin with no access to social media as she is hiding from an abusive ex-boyfriend. As the seclusion takes a toll on her mental health the cabin seems to be haunted by an equally obsessive and abusive spirit.

Donna McRae has brought us a neat, self-contained haunted house film which gives us a new addition to the Australian Gothic subgenre. A subgenre which is growing thanks to films such as Lake Mungo and The Babadook. Australian gothic has been a more recent term to describe some supernatural horror that comes out of Australia, especially those who employ gothic tropes. Think of films such as Picnic At Hanging Rock- spooky, surreal, isolated. Lost Gully Road fits into this category.

Firstly, Lost Gully Road makes full use of the lush and frankly, gorgeous forest in Victoria, Australia. The films location is mesmerising to look at right down the curling ferns and native birds. How can somewhere so beautiful harbour a ghastly secret? We ask ourselves as we watch the film. Gone is the harsh and dusty outback of many other Australian horror films such as Wolf Creek or Wake In Fright- but what stays is the fear. 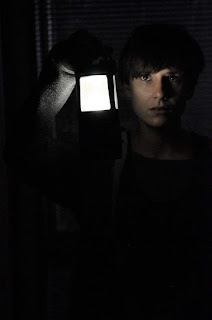 Lost Gully Road is a slow burn for sure- lucky for me, slow burn horror films are my favourite. At an hour and 20 it’s not like Lost Gully Road drags its feet in any way. It takes its time and cleverly throws us a few red herrings. The audience is left to double and triple think their perspective on the story, before the film hits us with some gore free but never the less confronting violence. There’s no reason why a film that takes its time to get where it’s going is a bad thing. For those who like a film with non-stop action there are plenty of other movies out there. All I’m saying is that some of my favourite horrors are dark dramas which end in horrific ways.

Lost gully road goes deeper than a haunted house film as it tackles the subject of violence against women through supernatural story. It translates the fear most women have of walking alone at night to people who cannot relate. Turns that vulnerability into something tangible to all genders in the audience. An unseen force which you cannot fight is a terrifying predicament for everyone to experience.

Comparisons to The Entity (1982) have been made but I think this is an unfair comparison. The Entity is exploitative, crude, heavily under the male gaze and seeks to make violence against women titillating. Lost Gully Road is none of those things,  in fact it is a film that directly and purposefully speaks out against them.

Adele Perovic clearly put in 110% into her performance as the film is nearly a one woman show. As our main character Lucy, she brings a lot of genuineness to the role and is a strong and admirable female lead. Perovic translates Lucy’s loneliness and boredom without boring the audience. There were also some great performances from the supporting cast especially John Brumpton who played the terrifying ‘Daddy’ in  2009’s cult hit The Loved Ones.

If you’re looking for an atmospheric ghost story with great characters and an important underlying message then look no further than Lost Gully Road.
I'm giving it a 7/10
Lost gully road is available now on DVD and VOD in Australia and New Zealand on from Umbrella Entertainment
https://www.umbrellaent.com.au/coming-soon/3808-lost-gully-road.html
The film is also screening in Los Angeles at LA Femme Film Fest October 13th.
at October 03, 2018